9you.com was established in Shanghai in April, 2003. It was the first generation Internet game operation company in China.

Since the establish, 9you has imported ‘O2jam’, ‘Audition’, etc, classic music and dancing web games. 9you has created the record of the earliest online game operators to serve 1 million PCU, and started the commercialized mode and high quality operation for music and dancing game.

9you imported ‘SD Gundam Capsule Fighter’ in December, 2008. Six years later, another two Gundam games, ‘SD Gundam Operations’ and ‘Gundam Online’ were imported by 9you. 9you is the IP licensee, joint developer and operator of the Gundam series game in Mainland China. At the same time, the casual online games independently developed and researched by 9you, such as ‘Super Dancer Online’ and ‘Monster Forest Online’, have already been exported to 42 countries and regions in the world including North America, Europe, Southeast Asia, India, Taiwan and Hongkong.

Since 2012, to meet the new trend of mobile game development, 9you start into the liscense and buyout business of game IP of high qualities, as well as research, development and publishing of Mobile games out of 9you's self-owned IP. After two years effort, with extreme concept of Internet game and market infrastructure, 9you together with Momo published ‘Audition’ mobile version series, ‘Momo Audition’, which got No. 2 on the APP ranking list. The follow-up publishment and success of mobile IP products such as ‘Yi Ji Dang Qian’, ‘Ipartment’ have helped 9you complete the transition and upgrading to mobile Internet game.

Gu Yi, CEO
Gu is one of 9you cofounders. He joined 9you in April, 2004. He used to hold many important positions including CTO and COO. He has led operations of many important products of 9you. Gu officially became the CEO and started to take responsibility for all the operations in early 2013.

Management team
9you owns an industry leading, fully experienced executive and management team. The majority of the senior management and technical backbone are the first generation gaming industry workers in China. They have more than 10 year’s industry experience and an average of 7years’ experience in 9you.

Through 12 years development, the executive and management team of 9you has formed a team combination including highly tacit data management team, music dance game research and development team, Gundam series game operation centre, as well as 9you customer service team.

The management team has accompanied with 9you in Internet game market of China for 12 years. Since 2013, the team again has set up new standard for the company future and also for the Chinese online entertainment industry: A successful transition into mobile Internet game industry. 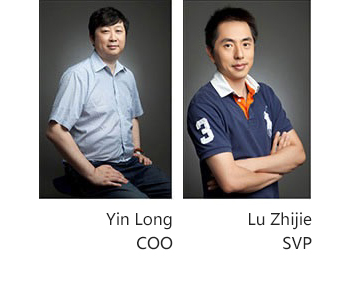 9you customer service centre is always based on users’ needs and regard users’ experience as core. On the basis of ISO9001 quality management system, the customer service team has applied several management techniques including TTT、BSC、SIX-Sigma. They also have set up service system for VIP customers, and established the service platform for mobile devices to implement one-stop ‘Micro service’.